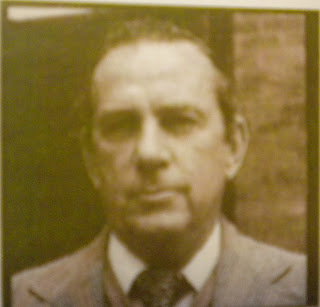 Gerard James Freer was born in 1926 as the youngest of eight children while Australia was in the midst of the Great Depression.  Three of his elder siblings were lost to the Spanish Influenza, leaving five children including Gerard. When he was 18 months old, His father William died at age 48 from a work related accident, leaving Gerard to be raised by mother Annie and his two older brothers Bob and Bill. In those days jobs were scarce, and his family received no sick pay or worker compensation.  His mother Annie out of support for her children sent Gerard and his two sisters Anna and Monica away. For this reason, much of Gerard’s early childhood was spent living in orphanages or with relatives and seeing his mother in between, who worked as a cook in the railway refreshment rooms of outback Queensland. As an eight year old, Gerard would walk one mile from St. James School to Wyllie’s Boarding House in New Farm to save the penny of a tram fare. The Penny bought a Peter's ice-cream cone. As well as this, he among other youngsters would chase after the horse-drawn fruiterer’s cart calling “any specks, mister?”


Despite poor and bleak beginnings, Gerard’s sheer determination to make something of his life would see him become a pioneer and innovator in Brisbane’s food business world. He left school after junior to work by day and study by night. From the years of 1945 to 1950, he worked as a food chemist for Queensland Country Traders on Coronation Drive. While being one of two chemists to work a six day week, Gerard attended night classes in Industrial Chemistry. During these night sessions, he’d slowly sip a sixpence beaker’s worth of milk over 3-4 hours’ worth of lectures and experiments to ease thoughts of hunger. It was during these night classes as he strained to hear the voice of lecturers he recognised the onset of deafness. Undeterred, he persevered every day and night until 10pm when classes finished.


In 1950, Gerard began work under boss Norman Myers as production manager at Mynor, manufacturing potato crisps in a Brisbane factory. He’d always dreamed of owning his own business. Soon Gerard developed complete deafness in one ear and half in the other. In 1953, he was engaged to future wife Maureen Evans. Together, they had one tangible asset- an Austen A40. With both of them aware of the possibility Gerard would be soon totally deaf, they remained hopeful of finding a block of suburban land at a cheap price. After three months, they found five acres of bushland, selling the Austen A40 for three hundred pounds to grant them their new home.


After ten years working under his boss, Gerard resigned as production manager to register a new trade name called Superfoods. The first of his products were bacon crisps and cordial extract. He went on to produce 84 lines of snacks from potatoes, rice, corn, nuts, wheat and fruit juice. The most popular of his products was Red Seal Chips. After years of day-to-day labour in kick-starting his own business, Gerard had transformed a little laboratory/shed of his own into a beautiful brick factory. Soon he was creating new food ideas sourced from spices, and developed his own flavours such as barbeque, tomato, salt and vinegar and the famous Burger Man. Also he developed sugared almonds and chocolate macadamias, among these was caramel corn, another snack favourite. Real Seal went on to win a taste-testing competition conducted by Queensland Chamber of Manufacturers, defeating all crisp manufacturers including Arnott’s, Smiths and Cottees. He had accomplished the dream.


Gerard’s business was thriving, but there would be occasional non-profit years and lean times for his family firm that had to compete with multinationals. In 1987, during the world stock market crash and burdened by hefty interest rates, Gerard was approached by Arnotts ,who wanted to buy Red Seal and rent his Bardon factory. Now past sixty years of age, and thinking a big company like Arnotts could provide better job security for his workers, Gerard agreed on the condition that they kept the business running. Arnotts hadn’t lived up to their promise, and soon began shutting down Gerard’s Red Seal production. Gravely upset by this, Gerard offered to buy back all machinery and re-employ his staff. He was refused offer and soon his personally designed factory machinery was demolished using bolt cutters. Arnotts had bought him out, violated the conditions of their deal, leaving a heart-broken Gerard redundant. Gerard wasn’t through yet. Determined not to let the multinational competitive figures beat him down, he applied for a bank loan to refurbish his still owned factory and get Freer Foods back on its feet again. Six months after being put out, Gerard was able to re-employ his past staff and find a way back as the headman of his business.


In 1998, Gerard was approached again, this time by a group of three Queenslanders wishing to buy his successful Freer Foods. Having recently been diagnosed with prostate cancer, Gerard agreed. Later on, his factory and land was bought by the Stuartholme School. Over the course of his life, Gerard was confronted with many challenges, including childhood poverty, onset of deafness in his teens and having to work both for his own and mother’s financial support. Despite this, he remained optimistic and pursued his visions. A pioneer and creative inventor of his time, he had no mentors or financial backstops, only savage banks and fierce business competitors. Gerard James Freer will always be remembered as Queensland’s “Mr Chips”. 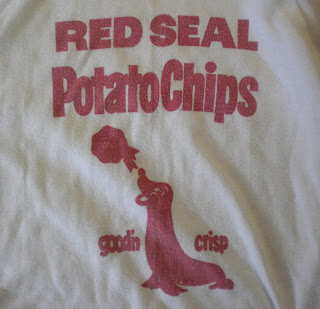 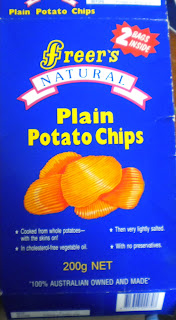